For Tickets go to:https://www.eventbrite.com/e/this-is-not-normal-a-busy-womans-guide-to-symptoms-of-hormone-imbalance-tickets-33139327621
Space is limited so paid now and reserve your seat.

Have you ever described your symptoms to your doctor, had lab tests done, and then heard that all your results are normal? If everything is normal, then why do you still feel so bad? Come to Healing, health and Wellness Center of Shelby on April 27th Thursday at 7pm and have Dr. Deborah Matthew (a Holistic Doctor) answers these very important questions.

IN 2017 you have our permission:
To go for it.
To reach for the stars.
To stick to it.
To hold that door.
To go the extra mile.
To expect the best.
To return rudeness with love.
To love the unlovely.
To help the helpless.
To enjoy some quiet time.
To write a gratitude list.
To hug for one second longer.
To cry a tear over a good memory.
To tell a friend, “I love you.”
To tell a child, “You are a winner!”
You have OUR permission.
We can’t thank you enough for all the support you have blessed us with.

2016 was great for many yet, very hard for others. Whichever it was for you, we’re believing the answer to your prayers—the promises of God—are on their way to meet you in 2017.
“Forget the former things; do not dwell on the past. See, I am doing a new thing! Now it springs up; do you not perceive it? I am making a way in the wilderness and streams in the wasteland.”
—Isaiah 43:18-19

May you live by faith, not fear as you enter into your best year yet!
We can’t thank you enough for all the support you have blessed us with.

If you do one thing this holiday season – avoid what we call “The Holiday Death Aisle” at the supermarket and discount drug stores. That aisle is filled with brightly colored JUNK made with bleached and heavily processed flour, artificial colors derived from petroleum, nasty preservatives, GMO refined white sugars, GMO oils, and the absolute worst ingredients you can put in food. I KNOW PEOPLE SAY “IT TASTE SO GOOD”!!! BUT THE REAL QUESTION IS: “HOW DOES IT EFFECTS YOUR BODY’?

This is no way to celebrate the holidays and food manufacturers know they can get away with selling you the cheapest ingredients during this time of year because they can tap into the nostalgia of the holiday season and the idea that “it’s just once a year” – but really, it’s ALL YEAR. Almost immediately after they clear the Halloween candy from their shelves, grocery stores stock up on Christmas candy and all the fast food places come out with “holiday drinks” … and then comes Valentine’s Day… and then Easter… and it just keeps going in an endless cycle of toxic seasonal treats.

I’m JUST saying EAT TO LIVE AND NOT LIVE TO EAT!!!

What Is It Red Dye 40?
Red 40 is a certified color that comes from petroleum distillates or coal tars. The U.S. Food and Drug Administration (FDA) mandates that it should be listed by name on food and product labels. Additives that don’t need to be specified on labels are called “exempt.” These colorings are made from plant, animal, or mineral sources.

Per the Center for Science in the Public Interest, Red 40 and other AFCs can cause allergic reactions in some people. Research shows they can also cause hyperactivity in children (ADHD) and immune system tumors in mice. Red 40 contains p-Cresidine, which the U.S. Department of Health and Human Services says is “reasonably anticipated” to be a human carcinogen.

One study found that Red 40 lowers reproductive success in rats. It also reduced parental and offspring weight, decreased brain weight, and lowered chances for survival in newborn rats. The authors said the colorant showed evidence of physical and behavioral toxicity in developing rats that consumed Red 40 as 10 percent of their diet. The Environmental Working Group lists the overall hazard level for Red 40 as low. Other entities claim it is highly toxic, most importantly because people are unaware of how much they are exposed to it.

Foods that aren’t red or orange can still include Red 40. You can find it, and other AFCs, in cheeses, peanut butter crackers, salad dressings, and marshmallows.

To avoid Red 40, look for foods that don’t contain any artificial dyes. After receiving much backlash from concerned consumers, some companies are now using natural dyes as alternatives to Red 40. These Red 40 alternatives can be derived from natural products such as beets, elderberry, and purple sweet potatoes.

So Which is Better, Fish Oil or Krill Oil?

While they have many similarities, clinical research indicates fatty acids from each source benefit the body in different ways. For some people, fish oil is the way to go. For others, krill oil is the best bet. And for those that can afford it, taking both may very well be the best of both worlds.

So I’ve come up with a few guidelines that make it easy to know which is best to meet your health needs.

Fish Oil — The Top Choice for Brain and Heart Health

Fish oil still reigns as the most concentrated source of the two most critical omega-3 fatty acids, eicosapentaenoic acid (EPA) and docosahexaenoic acid (DHA), which is why most physicians remain confident in their recommendation of fish oil for heart, brain and vision support.

One study found that getting roughly 1,000 mg of Omega-3s every day reduced heart attack risk by 40 percent, while consuming 2,100 mg of these essential fats on a daily basis reduced heart attack risk by an impressive 65 percent! While krill oil contributes to some incredible health benefits, these dose-dependent results were thanks to EPA and DHA doses that would be nearly impossible to match using krill oil (which we’ll get into in a minute).

Fish oil’s high concentration of these essential fats also makes it especially beneficial for the brain. Nearly 60 percent of the human brain is comprised of fats, with 15-20 percent of the cerebral cortex — a part of the brain that plays a key role in memory, perception, language and thought — being made up of the omega-3 DHA.

Studies have shown that those suffering from cognitive decline have dramatically low levels of DHA, yet those taking a daily omega-3 supplement high in DHA stand to reduce brain health issues by up to 60 percent.

It is believed that this fatty acid is so invaluable to the brain because it contributes greatly to the formation and protection of the myelin sheath, a layer of fat that coats every axon in the brain, helping to ensure the efficient transmission of messages sent between brain cells.

Now that we have seen what fish oil has to offer, how does krill oil measure up? Keep in mind researchers are still in the beginning stages of discovering all that krill oil can do, but what we’ve learned so far is rather impressive.

Made from little shrimp-like creatures called krill, krill oil contains only one-third of the EPA and DHA found in fish oil — but, don’t let the smaller doses fool you. Krill oil still packs a serious punch in other ways, and has some unique properties that fish oil lacks.

Most notably, krill oil contains astaxanthin, a natural carotenoid that gives krill, as well as salmon and shrimp, their pink and rosy hues. Not only is astaxanthin considered one of the most powerful antioxidants in the world, it has the unique ability to cross the blood brain and the blood retina barriers, adding additional support and protection for the brain and eyes.

Krill oil also delivers fatty acids to your cells in an incredibly fast and effective way. Because the omega-3 fats are caged in phospholipids, compounds that are both fat-soluble and water-soluble, krill oil is capable of quickly penetrating cellular walls to deliver nutrients to your body FAST!

Because your cells can absorb the omega-3s and astaxanthin from krill oil like a sponge, these nutrients work quickly to nourish, hydrate and protect, promoting a healthy inflammatory response throughout the body. For this same reason, krill oil is typically more concentrated than fish oil, so you have to take less pills per day and/or smaller pills. I know this is important for many people.

Impressive research has shown that krill oil is extremely effective at combating joint pain. One study even found that krill oil can cut markers of inflammation by 30 percent in just 14 days!

Pick One or Both

Personally, I take both fish oil and krill oil daily, and have experienced tremendous health benefits from doing so. My joint discomfort has gone down since adding krill and I like knowing I’m getting the trusted and proven health benefits of fish oil.

While both fish oil and krill oil support a wide range of health benefits, if heart health is your primary concern I would highly recommend you go with fish oil. No other supplement can match its potent doses of EPA and DHA. If joint health is your main concern, then krill oil is better choice, due to its ability to quickly promote a healthy inflammatory response and provide relief to achy joints.

I hope I’ve gotten you excited about the many health benefits of fish oil and krill oil. I encourage you to try either or both of these products.

Are you one of 70 million people suffering from digestive diseases in the United States?

You might be…and not even know your gut is the cause! Discover how your digestive health is intimately linked to your immune, endocrine, circulatory and central nervous systems.

Your gut is responsible for a significant portion of your immune system and creates more brain hormones and neurotransmitters than the brain. Find out how you can restore optimum health naturally and change your health.

Transform your health! Learn cutting-edge information and simple science you can use right away:

Guest Speaker: Rita Runnels Holistic/RN, Self Care-Colon Hygienist-Nutritional Counselor and Founder of The Sanctuary at Shops on Main 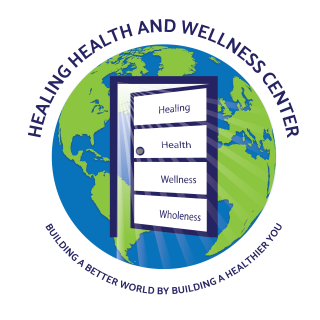